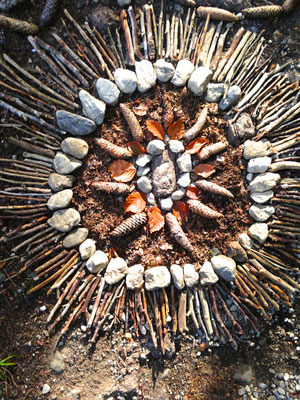 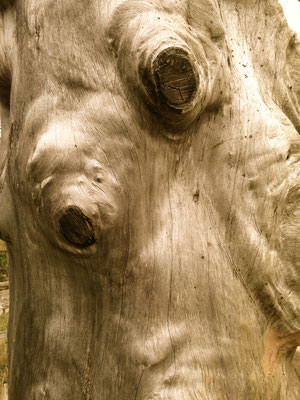 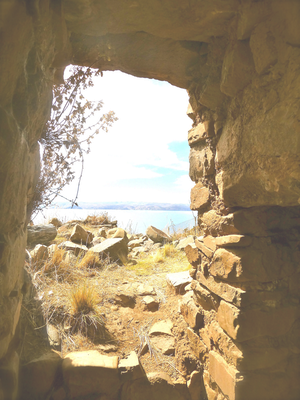 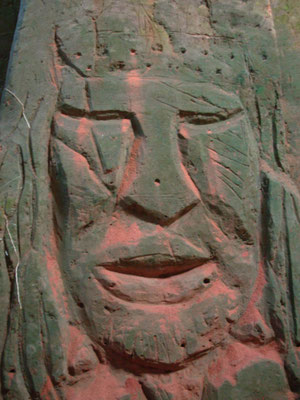 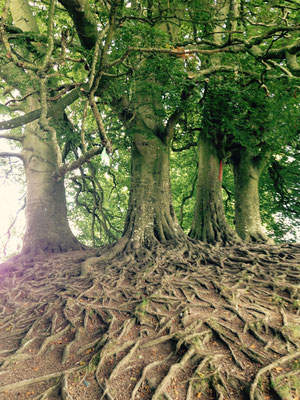 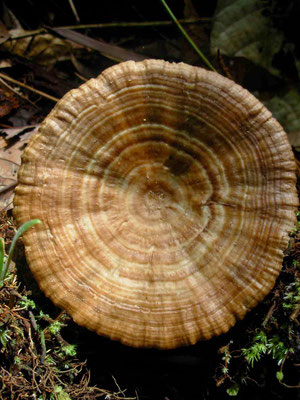 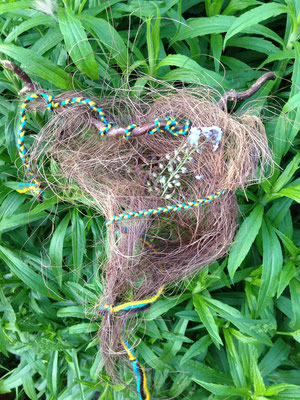 Time and again, life has brought me to the question, What is shamanism really? There is no easy, all-inclusive characterisation. Shamanic cultures exist and have existed throughout time, all over the Earth. We know about Shamans in Sibirian Russia, over the entire Asian continent, in parts of the Orient, in North and South America, in Africa, and among the Aboriginees in Australia. We also know that Shamans numbered among the communities of our european ancestors, the Celts of the north and the germanic peoples.

Even when we travel far back in time, we find evidence of shamanic activity close to home.

Thanks to the discoveries of the last few decades, we now have evidence of an animistic shamanic clan structure inhabiting Germany as far back as 35 - 40,000 years ago. Artefacts such as female carvings and feathered flutes have been found in caves in Lonetal, near the region of Ulm. And then there is the discovery of the so-called "Cave Man": an anthropomorphic figure carved from mammoth tusk. With its human form and head of a cave lion, the figure adds another interesting link in the chain. (More information here)

The duties of a Shaman living in a community were, and remain diverse. They are spiritual advisors and counsellors, theraptists and healers, prophets, and often intellectual and political thinkers and leaders. They are the protectors of nature and her creatures, and act as go-betweens, mediating between her and humankind. Their trademark however, is their ability to mediate between our three-dimensional reality and the hereafter: they travel in the so-called Other Worlds--in the upper-, the parallel-, and the underworld, to find answers and healing for their people and nature.

New shamanic teachings acknowlege that the shamanic predisposition is in every one of us, waiting to be awoken. Along with a deeper sense of openness and love, the shamanic perspective provides a good base from which we can forge new paths in our growth.

From my experience and observation, I can attest that we can apply all shamanic techniques to our own well-being and growth. Of course, to be formally accepted as a Shaman, or any shamanic healer, requires a bit more than techniques; Shamans are selected directly by the spirit world. Whether already so designated from the cradle, or after traumatic experiences (which are in the shamanic context referred to as shamanic tests, or even shamanic death), these individuals experience difficulties in life which compel them to develop their full powers, precisely in order to overcome them. All of the great Shamans whom I had the honor of meeting in Siberia and elsewhere, spoke to me of serious illness, near-death experiences, and other highly traumatic happenings that led them to their path.

I myself have not been spared along my way from traumatising experiences. And without initiation and commitment to the shamanic way, and to the highest good of others, problems and illnesses such as these can become overwhelming. Normally, but not always, the so-called shamanic blood is carried throughout the ancestoral line. Thus, in Siberia for instance, while the status of Shaman is that of any profession, it cannot be learned and practiced without having been called.

In recent times, Shamanism has been commercially exploited, especially in Europe. I watch as catchy-sounding seminars and ceremonies pop up everywhere like mushrooms--and it is hard not to be taken in. This trend shows, after all, that more and more people are "waking up," and heeding the deep longing for reconnection with and rootedness to their own culture and ancestral lineage. As we view it from the soul level, every one gets the experiences necessary to their development along their chosen path. So it is not for me to judge or condemn, to recommend or discredit...nevertheless, i would like to repeat that our inner voice, our heart and our intuition always know the rights steps, as well as the right companions, to take along our path.

Sickness and Healing in the Shamanic Worldview

According to the shamanic perspective, illness is an unnatural, inharmonic condition. Anyone who is not in balance with the universal powers will become physically or spiritually ill.

Since every challenge in life, even the most mundane, is evidence of an imbalance, healing in this sense includes the healing of our life situation. Thus can shamanism be applied alongside healing physical and spiritual illness to problems in the family, among friends, at the workplace, in finances, and to those luckless in love. For all of these discordant conditions are externalized mirrors of our own limited thought and behavior patterns.

In order to get information for the restoration of balance, the shaman uses his or her shamanic abilities and techniques to enter altered, expanded states of consciousness. Such techniques include: ecstatic dance, drumming, rattling, sound and voice, breath work, the application to and of healing plants and those allies in the spiritual world. In this condition, the shaman can make contact with the powers, beings and energies of the other worlds, and get to the source of the illness or problem and their treatment. Every shaman develops his or her own personal approach to this work.

Usually it happens that repressed traumatic experiences are the cause of an illness. The energy that slams into us at the moment of shock gets stuck in our system (usually in the solar plexus) and blocks the free flow of our energy and our power. This is often when the so-called soul fragments get separated. Many shamans can bring these split soul parts back and reintegrate them into their original consciousness, thus rendering the cause of the sickness non-existent.

Shamans pray and make sacrifices to the spirits and follow the instructions that come from them, to discover favorable conditions for a healing or another task entrusted to them. Especially important is the harmonisation and integration of our ancestral linneage. Through this ancient line we can come into contact with those who wandered the Earth before us, and from whom we come. Without them, we would not exist, and in my experience the reconnection with our ancestral line brings us healing, growth and clarity without exception. When we understand the paths and passions of our ancestors, we can come to a better understanding of ourselves, and solve and change old, inherited patterns and behaviors.

For shamans, all the beings of existence have a soul, such as elements like fire, water, earth, air, all plants, animals and minerals, the sun, the moon and all of the stars. Particularly also the heavenly directions. These powers are called upon as support. Ádditionally shamans have their helping spirits and power animals, which whom they work closely.

Thus, I work especially with bear power (Siberian bodywork) and with the power of the eagle (Healing Performance/Trancetanz). Both are considered to be power animals of shamans and of healing. I am likewise and constantly guided by snake medicine and Tabaquito, the spirit of the tabacco plant (Peruvian Amazonian shamanism).

What is trance dance?

Trancedance is one of the most ancient human expressions of celebrating rites of transition, whether between seasons, life phases or levels of awareness. It offers us the chance to come into movement, to become aware of our feelings, to increase our life force--to experience our own divinity as ecstacy, to transform our experiences into new ways of being.

Movement is the language of our bodies; our voices and breath connect us with it and all-that-is. We have however, forgotten how to speak this language. Blockages and sickness are actually helpful in that they bring our attention to our needs, in order to call our bodies and their meaning back into our consciousness.

Through careful observation of our movements and our individual rhythms, we can return to our selves. From this place of connectedness, we can unite our creativity, our artistic expression of self, and with it all of our creative abilities.